In March 1920, four townships, E. Marlborough, Newlin and Pocopson, aligned to form the first joint school in Pennsylvania. The Unionville Joint Consolidated School was opened in September 1923 for grades 1 to 12, bringing a close to the 19 one-room schools dispersed throughout the four townships. A bond was secured for 175,000 and six acres of land was purchased for 4,000.00. The building was originally designed for 635 students. 500 elementary and 135 high school students but opened its doors with 661 students. Six buses were in operation serving a large number of children, while others rode the trolley or walked the legal 1.5 miles to school. Just four years later, in 1927 enrollment was at 759 an addition was built to include a gymnasium, cafeteria and six classrooms. In 1935 enrollment was at 828 with 29 teachers on staff. In 1932, a full time school nurse was hired to replace the Red Cross Nurse. In 1941 a commercial department was added to the course of study, and vocational agriculture for boys and home economics for girls was no longer compulsory for grade 9 and 10. The farm community was changing to a rural residential area. In 1943, a war memorial was placed on the front lawn of the school honoring community members. The first librarian was hired in 1950. A second addition was soon needed and in 1952 the west wing was added to include an agriculture shop, classrooms and a new cafeteria. This expansion project, as well as the 1927 project, cost the school district nothing thanks to the generosity of Pierre S. DuPont. 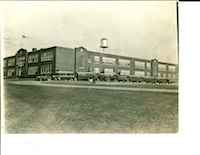 The Chadds Ford School was opened in 1925 for students in the townships of Pennsbury, Birmingham Chester County, and Birmingham Delaware County for grades 1 to 10. Student who so elected, spent their last 2 years at Kennett Square or West Chester High School. In 1949, due to increasing enrollment, an arrangement was made with Kennett Square to take students in grade 10 as well but this ended in 1954 due to overcrowding at Kennett High School. Those currently enrolled at Kennett were allowed to finish but no new students were accepted. At about the same time, the State Dept. of Public Instruction ordered a reorganization of school districts into larger units, 1600 student minimum. Kennett Square was large enough but already overcrowded so it could not include Chadds Ford within its district. Chadds Ford alone was too small as was Unionville. A jointure of these two schools seemed natural. In July 1954, seven townships became the Unionville-Chadds Ford School District. 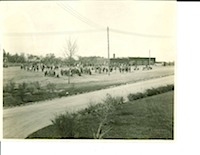 The first major problem facing the combined school board was overcrowding at both buildings. Unionville would most surely need another expansion and Chadds Ford couldn’t handle the students currently enrolled. It was decided to build another school. A local building authority was created with representatives from each township and the current site of Unionville High School was chosen. The building opened in February 1959 for grades 7-12. The old Unionville Joint Consolidated School building became Unionville Elementary School accommodating grades 1-6 with kindergarten added in 1972. With the ever-growing community came the need to build again. Unionville Middle School, now known as Charles F. Patton MS, opened in 1973 for grade 6-8. In 1989, Hillendale Elementary opened for grades 4 and 5. The high school and middle school have undergone several expansion projects including the final elementary school Pocopson, that opened its doors in 2001. Elementary configurations now house students K-5th grade. 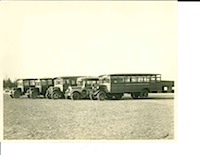 A special thanks to Mrs. Talley for her research and creation of the UES History Page